The Glory of Africa 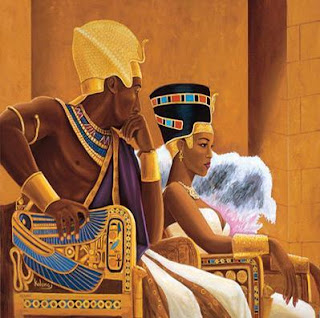 For thousands of years Africans were Kings and Queens, scientists and philosophers, builders and explorers. Africans today have an obligation to remember their ancestors and honor what they accomplished.
19 comments: 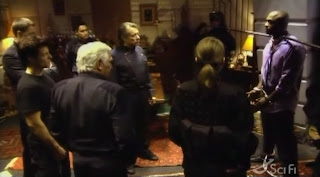 The Shield (2006) – An all-white police unit is sent into African neighborhoods to harass and kill Africans. The leader of this group forces himself upon the wife of an African detective and later brags about it to him.

Battlestar Galactica (2006) – An African man is paraded around in chains and is forced to wear a collar around his neck.

The Village (2004) – Whites create their private little world that includes no people of color.

Shrek (2001) - The makers of this film thought that a donkey should be voiced by an African man.

Stargate (1994) - A distortion of a historical truth: while the ancient Egyptians were black Africans they were not killers nor were they led by she male Ra’s.

King of New York (1990) – Africans are depicted are killers and drug dealers. And to add insult to injury they work for a white man named Frank White.

Marked for Death (1990) – A violent white man attacks Africans in Chicago and takes his war of aggression to an African island nation.

Dukes of Hazzard (1979) – A revisionist history where the Confederacy won the war and the South is African-free.

Different Strokes (1978) - Two African children are taken by a white capitalist to rise as his own.

The French Connection (1971) – Africans are depicted are drug users and criminals and racist police are shown to be heroes by beating them at every opportunity.

Tarzan (1984, 1935) – Africa is depicted as a savage jungle land and no mention is made of African civilization.