"Nothing more dangerous than an educated black man". 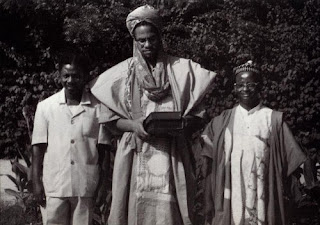 The public is invited to this free public event, the Club’s 22nd annual celebration, featuring performances by the SIUE-ESL Center for the Performing Arts (under Theo Jamison’s direction). A special choreo-poetic piece, “Obama’s Roots Boots Routes,” written by Redmond and choreographed by Jamison, will also be offered.

Blagojevich is a corrupt white man. Obama has nothing to do with him.

Obama is a son of Africa who is free from the stains of America. Obama will cure America of its ills.
7 comments:

"What Obama means to me".

"With Obama as President I have a chance now to live my life to its full potential, without fear and without the government trying to oppress me or kill me".

We thank and praise the Perry County Commission in Alabama for their wisdom in choosing to observe the second Monday in November as "The Barack Obama Day".
5 comments: