President Obama speaks for all victims of colonial oppressors 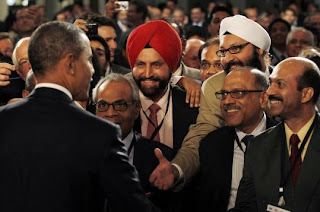 President Obama is taking his message of economic justice to India and around the world
5 comments:

President Obama held off his enemies on election day

President Obama is still the leader of America and he decides on America's course. I will be posting my most recent interview with President Obama shortly.
6 comments:

"There'll Be Other Obamas to Liberate America" 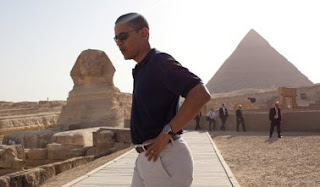 The Son of Kings and Queens is here to lead the world to justice
From AllAfrica.com
Nairobi — For those of us who have lived and worked in the United States of America, the Barack Obama victory as the first black president of that country was a huge and exciting phenomenon because, as they say, America is a hard, racist nut to crack.When the white migrants began to flock to the United States from the beginning of the 17th century, they claimed that they were abandoning Europe because of entrenched and incorrigible religious, political and social impetigo.
Indeed, various reasons drew the colonists across the Atlantic. Over the years they grew rich and powerful. The New World tested and sometimes transformed their values, but never destroyed them.

And yet, in a rapidly changing and globalising world people must change or remain behind, ossified. That is why the United States is today sliding down the global scale of wealth, influence, and respectability. The increasing rise and popularity of India, China and Brazil are pointers to the American hubris. The causes of America's slow death include petulant racism, conceited arrogance, the quest to be the lords of mankind, and the disconnect with the disconsolate world.

America is historically known for its bondage system of slavery that traumatised its black population. Was Obama convinced that as a black president, he would survive white America's pathetic racism and treachery?

But it was not just white intolerance that bothered some of us with regard to Obama's presidency. We also knew that the majority of the Black Americans -- the descendants of the slaves -- would not readily accept him. Despite their historical tragedy, the Black Americans also practise segregation against the more recent African migrants to the United States. To them, Obama is not pedigree enough because his father did not cross the Atlantic in a slave dungeon.

To most Black Americans, Obama's ideas have nothing to do with the Negro problem. James Baldwin tell us in Notes of a Native Son that however grand one's ideas, however cute and talented, "if the world looks at them with frightening indifference, then they are bound to melt away like the morning dew drops."

To most Black Americans, Obama will never be a Malcolm X, a Martin Luther King, a Jesse Jackson, a Colin Powell, or even a Condoleezza Rice. His Cabinet is solidly Caucasian while his education is ethically WASP (White, Anglo Saxon and Protestant).

Is Obama alone in the American wilderness? Not at all. Despite the reported mass exodus of the whites to the Republican party, Obama still has the support of a core crowd of whites and blacks who are not mesmerised by cheap hip-hop racism and folklorist history. This commitment to Obama is based on his liberative ideology that is modernist and futuristic.

Obama has proved to be a new kind of leader -- one who can bring people together and be honest about the challenges Americans face. After years of failed politics from Washington, Obama offers his country a chance to reclaim the American Dream. His ideas have not failed and he remains globally popular. It is the very conservative American crowd that has rejected his ideology. Other Obamas will arise, and the United States of America will be liberated from its obnoxious moorings.